Raid on Mar-a-Largo Was Looking for Nuclear Weapons Documents 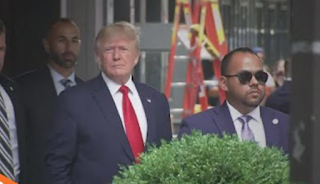 U.S. federal agents were looking for documents relating to nuclear weapons when they searched former President Donald Trump's home in Florida this week, the Washington Post reported on Thursday.

It was not clear if such documents were recovered, the Post reported.